Let’s take a look at six objects that are either lying around the house, or you can easily access which work as a resistance band alternative.

This is a common one. People who own a bike or a car usually have a tire tube lying around in their garage or basement. Tire tubes are often used as resistance bands by people who want to incorporate a new exercise in their routine but don’t want to spend money on buying equipment.

And even though all tire tubes work, the inner tube of a bicycle tire is a perfect alternative and acts just like a resistance tube. You just have to be cautious about not overstretching, as it can pull your muscle and can damage the tube itself.

Next up, we have pantyhoses, something almost all women own. It’s perhaps the easiest item to get your hands on in this list. A single pair of pantyhoses can do the job. You can put a pantyhose inside the other one if the material is too thin. You can also stitch two pantyhoses together. A large-sized pantyhose is long enough to be considered an alternative on its own.

This is one item that’s hard to find lying around the house unless you’re a doctor, a pharmacist, have a patient at home, or have this in your first aid kit. If you’re willing to use it, you can buy one at the nearest pharmacy. They can be as long as a couple of meters.

Surgical tubes are pretty sturdy, and they’re slightly less elastic when it comes to stretching them, though they’re very flexible. If you use them without using too much force from either side, they’ll act as fine alternatives to resistance bands, especially for lunges, Russian twists, tricep extension, and bicep curls.

Yes, you heard that right. Resistance bands are essentially just large, sturdy rubber bands. So why can’t you use common oversized rubber bands? These bands use a good job of lining garbage bags and keeping curtains together, and they seem to work fine even if stretched beyond that size.

You’ll be able to find different resistances by using various sizes. Plus, since rubber bands come in large packets, it’s no issue if you break a couple. Just make sure that the band doesn’t strike you when it tears apart.

If you love going on hikes and climbing steep hills and rocks often, you should have a pair or two of hiking ropes lying around the house. They are efficient substitutes for resistance bands. Bungee cords are also a viable option. You might have them if you’re in the performing arts. Parachute cords also work, though it’s highly unlikely you have them (maybe from a used or damaged parachute you’ve kept for some reason).

Don’t go out of your way to buy any of these as alternatives as they cost the same, if not more, money.

Lastly, you can use spandex as your resistance band alternative, though there’s a little bit of DIY going on here. You’ll have to know how to stitch and preferably be owning a sewing machine. You can use a spandex you have lying around, or you can buy multiple of your desired color and make a resistance band that’s just as good.

The number of spandex you sew together depends on how long you want it to be. You should keep it a little longer as resistance can be adjusted by grasping more of the band in your hand. Stitch the ends of spandex in a zig-zag manner for a better result.

Resistance bands provide a workout for the whole body, depending on the area and method used. Generally, they help in building strength and muscles, while also boosting your stamina. We’ve mentioned six alternative exercises below that provide the same results, albeit in different ways.

It’s a very common myth that yoga isn’t effective in building strength and toning your muscles. This isn’t true at all. In fact, yoga is an exceptional way to build stamina, stay fit, and tone your body in the right shape. Yoga is the ultimate option for those that want results just like resistance bands, but without the effort involved.

Yoga does take a bit longer to achieve those results, so staying motivated is highly important. One of the perks of doing yoga is that it helps strengthen core stability as much as resistance band exercises do. Plus, yoga is a wonderful way to target your mind along with the body.

Barbells are involved in building muscles, much like a resistance band. They are ideal for home gym routines. You can add or subtract weights as per your desire, something which you can’t do with resistance bands as they exert a specific force. Because of this, barbells have the edge over bands when it comes to high-impact workout.

If you’re looking for a resistance band alternative exercise at home, then calisthenics is a good option. They are wonderful for strength training as they put a lot of pressure on your body, though the workout is a little hard to master.

Kettlebells are yet another beneficial equipment that yields similar results to resistance bands, though they are very different. They come in various weights, letting you perform different exercises for different areas of the body. Kettlebells last very long and will require minimal space in your home gym.

With resistance bands, you’re using the force of your body to build muscles and strength. With dumbbells, you’re using its weight to achieve the desired results. So it shouldn’t come as a surprise that both yield similar results.

Dumbbells are better for people who want a rough fitness regime and want quicker results. However, people with bone issues should be cautious when lifting weights and might do better with resistance bands.

Treadmills have been ruling over gyms for a while now. They get your heartbeat pumping, help train muscles, and cover almost all grounds of training. Unfortunately, they are very expensive to purchase for home use, so you’re limited to working out at a gym.

You don’t have to go out of your way to find an alternative to a resistance band. Most stretchable items at home do the job, just like the ones we’ve mentioned in the article. You can be creative and find other items that work for you. Remember that most gym equipment has a substitute.

Alternative items are best used without overstretching. Of course, if you perform resistance band exercises often, you shouldn’t rely on a substitute item for too long. Buying a band is actually a great investment.

Additionally, you might not need a resistance band at all if you feel comfortable doing the exercises we mentioned above. You’ll get pretty much the same results, though the different methods will require a little more getting used to. 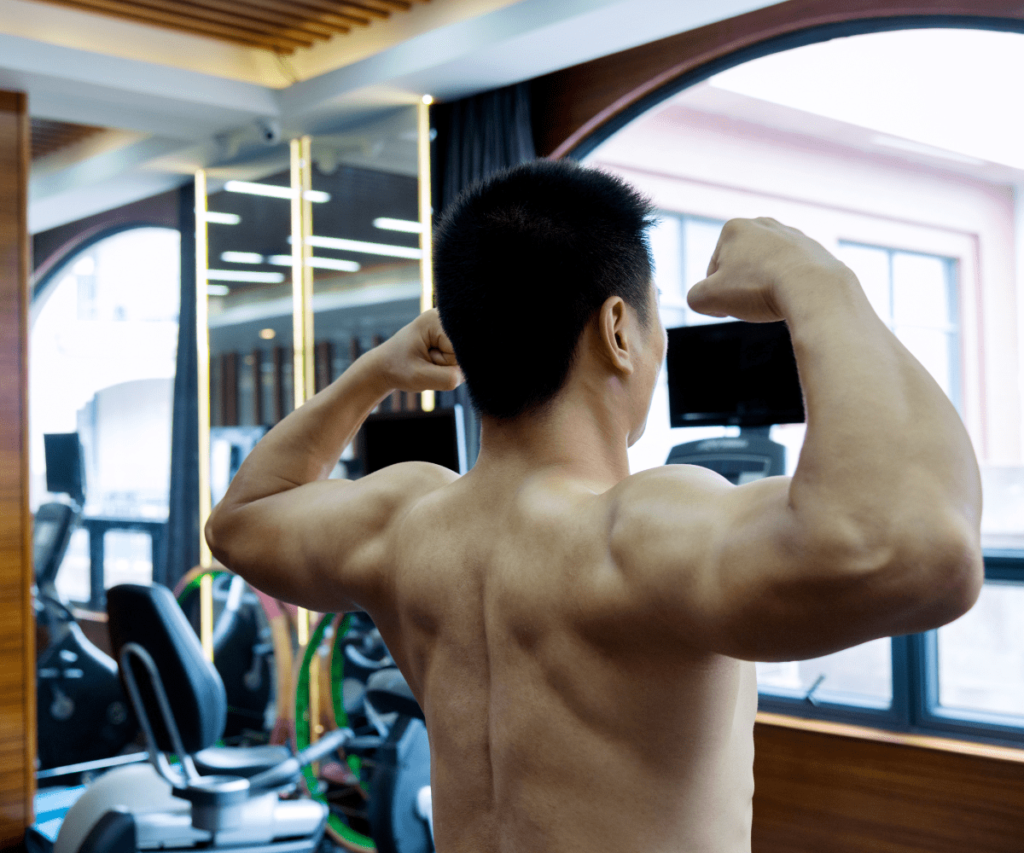